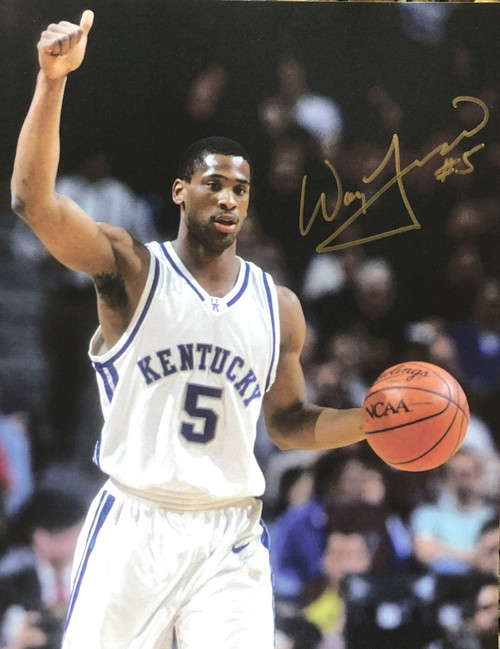 So excited to have two-time former NCAA National Champion (1996 & 1998), Wayne Turner, at the gallery for a signing before the game vs Tennessee. Wayne was also a member of the 1997 National Runner Ups and a member of the 1997 NCAA All Regional Team. He was the 1998 NCAA Regional MVP and also the MVP of the SEC tournament that same year. During his career at UK he scored 1170 points and played in 151 games which was a record when he graduated. Turner also appeared on the cover of Sports Illustrated two times and served as an undergraduate assistant along side Tony Delk at UK in the 2010 season.