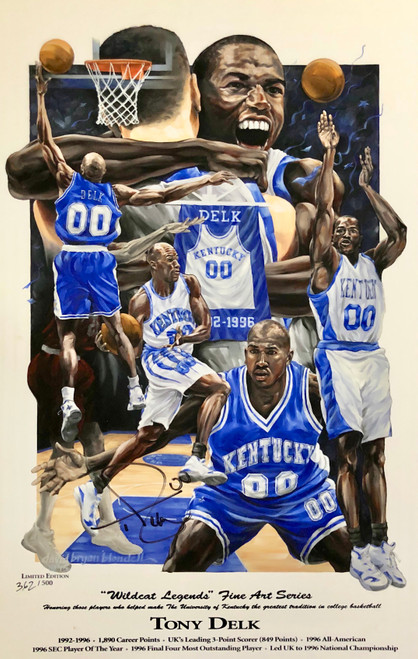 This collector print was created for the retirement of Delk's jersey to the Rafters of Rupp Arena on February 21, 2015.  Print is limited to a quantity of 500. The print will be hand signed by Tony.