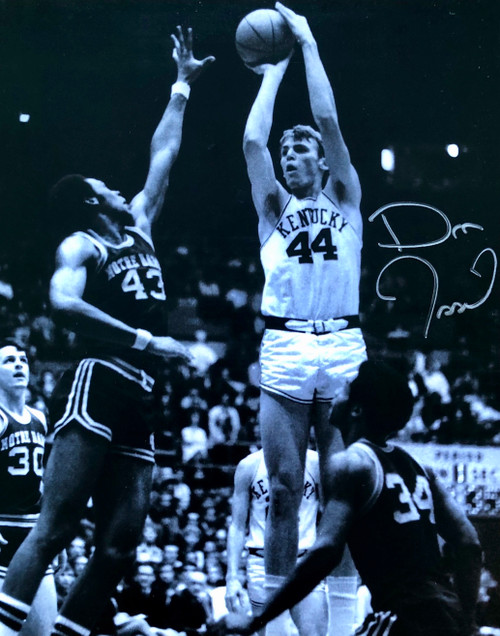 University of Kentucky all time great, DAN ISSEL, holds the UK record for most points scored in a career for the UK men's basketball program. Amazingly, he also owns the same record for rebounds.  These are records that will probably never be broken because of the new one and done NBA rules.  But give credit to Issel as he accomplished all this in only three years, as the rule then was that freshmen could not play varsity basketball.  Also, take into account that there was not a three point line in that era. This is your opportunity to own a collector piece signed by the legendary player of Kentucky basketball.  Issel signed this photo at our gallery on Feb. 22, 2014.

"The Horse" by Cheri Issel wife of Dan Issel

"The Horse" by Cheri Issel wife of Dan Issel