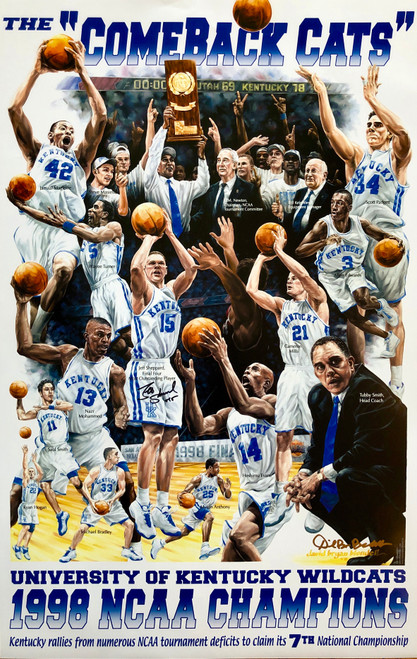 This poster was painted to celebrate the 20th anniversary of the 1998 NCAA Champions.  Who can forget the thrills that this team brought to the Big Blue Nation as they came back in several games to secure the win and become known as the "Comeback Cats."  Poster has been hand signed by Jeff Sheppard!

Poster size is 18x28.  All player or coach signed items come with a Certificate of Authenticity from our gallery.  We are known as the premier place to get signed items from former University of Kentucky athletes and to meet them in person before the games at Rupp Arena.  We also have private signings with players that play in the pro leagues and offer those items for sale too!  GO CATS!!!